Asus – its name is said to be derived from Greek. It is a model which symbolizes as per its name. it denotes wisdom and knowledge. It sets an example for strength, purity, innovation and adventure. The Taiwan based Company is the biggest notebook manufacturer and tops the number in the year 2010. They are into almost manufacturing of every electronic gadget. To name a few, laptops, tablet computers, smart phones, mobile phones, personal digital assistants (PDA), networking devices, computer cooling devices and digital and sound cards. The hot products of Asus are PadFone Mini, ZenFone4, ZenFone5, ZenFone6, Taichi 31 and T100.

Asus X551CA-SX014H Laptop is powered with and compatible with third generation Inteli3, Intel Pentium, Intel Celeron processors. The clock speed is 1.8 GHz. The cache memory is quite good which about 3 MB is. The RAM type is DDR3 RAM, which is a very effective model. Hard disk capacity is 500 GB. The speed is 5400 rpm. The DVD drive is optical and is of dual layer support. The speed is about 8X. The model operates in DOS, but is also compatible with Windows. The default comes with only DOS. The graphic processor is Integrated Intel HD graphics 4000 which provides a good power for gaming.

The screen size is 15.6 inches and the resolution is 1366 * 768 pixels HD TFT LCD Glare Display with LED Backlit. The very good thing about this device is that it weighs just about 2.15 Kg which is comparatively lighter that of even the high-end model laptops in the market. This also has a unique security feature of Kensington lock to protect the laptop. This model complies with the certificates like UL, CE Marketing Compliance, FCC Compliance, BSMI, CCC, CB, EPEAT, Energy Star, CECP, ROHS and JATE. This laptop also supports IEEE 802.11b/g/n wireless LAN and also Bluetooth v4.0. This contains 4Cells 2600 mAh 37 Whrs battery that could withstand a backup up to 5 hours and also has a 45W AC power adaptor. The laptop comes with a built-in speaker and a Sonic Master Audio technology and a Microphone. The device is provided with the usual USB ports. The keyboard is presented as a Chiclet keyboard, which is a very highlighting factor in this. Very few models offer this type of keyboard. The laptop measures 380 x 251 x 30.9 mm.

This laptop comes with a global warranty of 1 year. When the standard laptops come with touch screen, this model fails to give the feature. This model plays low as per the specifications but costs a bit high when compared to the other low end models. RAM speed, keyboard type and battery power looks like an advantage to the device. But missing features like touch screen, finger print security would prove to a major disadvantage. Though still, it is recommended to buy this laptop. It is one of the best laptop in this range which offers you some of the best features of all time. Buying this laptop is full worth. 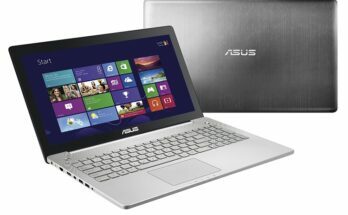 How Mobile Apps Help You Simplify Your Life

The advantages of local colocation