After several ups and downs, Xolo, the highly-criticizedsubsidiary of Lava Mobileshas finally started moving on the right track. The company is now focusing on the entry-level segment, and is offering a plethora of smartphones with impeccable specs and alluring design language. Recently, Xolounleashed a refreshed variant of its popular budget smartphone Xolo Era. The new phonewith an upgraded display and powerful chipset looked fairly impressive, and promised a lot to take on the likes of devices such as, Redmi 2, Canvas Spark, and Yu Yunique.

xolo-era-mobile-phone-large-1But the dubious question that puzzles most of us is, “what are the key differences between Xolo Era HD and the original Xolo Era?” We all know, they both fit perfectly in the sub-Rs. 5000 price category, but as far as the better option is concerned, here’s what that makes the two handsets different-

In terms of design, there is no major difference between Xolo Era and its HD variant. The new phone looks identical to the original one, and packs a nice form-factor with a meticulously crafted HD IPS display panel. It features a simple design that oozes sophistication from every angle and gives a great grip with a slim and sleek body. Although its form-factor is a little tweaked, there nothing more that makes it any better than original Xolo Era. You’llget a nice user-experience with both phones, and will be able to carry them around comfortably.

Improved Visual experience is a major upgrade endowed by Xolo Era HD. The new phone features a high-definition TrueView display panel, and delivers rich and lifelike images from all angles. Its screen size is still the same, but as far as pixel resolution is concerned, there is a big jump from FWVGA480 x 854 pixelsto HD 1280 x 720 pixels. They both look impressive, but if you’re a big movie buff, Xolo Era HD will stand out with its better, brighter and more vivid HD IPS display panel.

As per budget phone standards, the performance of Xolo Era and Xolo Era HD is very impressive. Both phones power up by quad-core chipsets, and offer sufficient power to handle multi-tasking without any lags or thermal issues. The original Xolo Era features a quad-core SpreadTrum SC7731 SoC clocked at 1.2GHz, while its refreshed HD variant powers up by SC7731G SoC clocked at the same speed. They both feature Mali 400 MP GPU for handling mid-level games and apps, and offer seamless performance with 1GB RAM right out-of-the box.

Even the software department sees a major upgrade from Xolo Era to Xolo Era HD. Launched earlier this year, the original Xolo Era ran Android KitKat without further upgradability. The device offered a nice and clean UI, but was definitely a little the all new Android Lollipop. On the contrary, the new HD avatar of the smartphone runs Android 5.0 Lollipop out-of-the box, and performs far better than Android KitKat. It boasts material design interface, Google Now, and looks extremely impressive while playing around with apps and other elements of the interface.

The camera setup of Xolo Era HD is also fairly improved. The new phone brings some noticeable improvements with its 8-megapixel rear and 5-megapixel front-facing shooter, and delivers crisp and true-to-life image with decent frames. It allows more light into the sensor with Largan 4P lens, and gives brighter and vivid images even in low light environments. It creates memories out of everyday moments, and is definitely one of the finest choices for self-obsessed selfie-enthusiasts. The cameras of original Xolo Era featured lower pixel count on the sensor, and did not capture 1080p videos as well.

As for storage, there is no major upgrade from Xolo Era to Era HD. Both phones boast 8GB of built-in storage, and offer sufficient room work and play with additional expandability. They both offer expandability up to 32GB via microSD card, and offer sufficient space to keep a humongous selection of apps and docs. Whether you’re a gamer or movie-buff, storage will not be a problem on either of these phones.

An essential highlight of Xolo Era HD is its humongous 2500 mAh battery. Compared to the 2100mAh powerhouse of Xolo Era, its HD variant packs a bigger battery and offers more juice for work and play. It promises 30 hours of talk time on 2G, 10 hours on 3G, and 47 hours of nonstop music playback through wired headset. For on-the-go users, this handset makes an enticing package with some serious power-efficient benefits.

In India, the pricing of Xolo Era and Xolo Era HD differs by very small margin. The original Xolo Era with Android KitKat ships at a decent price tag of Rs. 4,444 via Snapdeal.com, while its successor with an improved set of specs and Android Lollipop ships at a heftier Rs. 4,777 exclusively via Gadgets360.com. The new phone is sold via flash sale model, and is purchased via registering on the web store.

The face-off between Xolo Era and its mind-boggling successor was close, but the new and improved variant certainly makes a strong impression in the entry-level smartphone market. So, when it comes to picking any one of these two, we’ll suggest you to spend a few more bucks for the new Xolo Era HD. The device packs an impeccable viewing experience with a TrueView HD IPS display, powers up by a quad-core SpreadTrum chipset, and includes better camera and battery capabilities. It’s an ideal smartphone for on-the-go users, and can easily cater all your needs without any lags or performance issues.

In a nutshell, Xolo Era HD is a better choice over its predecessor, and can tackle heavy usage requirements with perfection. If you’re a gamer or movie-buff, it will offer top-of-the line performance and will not run out of power at any point of time! 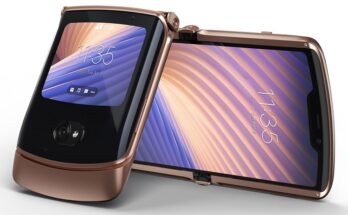