Imagine you run a sizable farm with a combination of plants and livestock. You have always wanted to know the quality of the air on your property, but you’ve only had your own nose to rely on. Well now there is a way to measure air quality on farms using light. All you need are some inexpensive sensors designed around the principle of photonics.

For the record, the sensors are not yet commercially available. They are still in the research stage at the Technical University of Denmark and Aarhus University. But if current research data is to be trusted, the sensors do exactly what they are supposed to do. They are capable of measuring ammonia and other gases by way of laser light.

At Rock West Solutions in California, innovative sensors is what they do. They say that photonics is a great avenue for measuring air quality because of the way certain pollutants form particles in the air. Photonics is not the best choice for measuring all types of air pollution, but it works extremely well for measuring things like ammonia.

The physical science of photonics studies light generation, detection, and manipulation. It most frequently deals with near infrared and visible light, though it is not limited to those spectra only. Scientists in the photonics field study everything about light. They focus heavily on how it behaves.

Photonics can be deployed to measure substances in the air by studying its behavior when it comes into contact with those substances. Take smoke detectors, for instance. Smoke consists of tiny particles released by the combustion process. Those same particles that gives smoke its smell also interact with light in specific ways.

In essence, your home smoke detector is a sensor designed around the concept of photonics. The detector emits a tiny bit of infrared light that is picked up and measured by a receiver. Smoke traveling through the air would interrupt that stream of light, thus causing the smoke detector to sound the alarm.

Getting back to the Danish research on air quality, the two universities’ research teams are comprised of chemists, chemical engineers, and photonics experts. They have been working on an integrated optical sensor that relies on laser light to measure ammonia particles. Sensor design also includes gas sensor technology and optical fibers.

Photonics was chosen as the means of measurement based on how ammonia combines with other substances in the air to create solid particles. Combine ammonia with sulfates and nitrogen oxides and you get sizable particles that can easily be measured. For the record, some of these particles are harmful to human health.

The Danish researchers now have an optical sensor they say can give continuous readings of ammonia levels and simultaneously transmit collected data for routine monitoring. Furthermore, they say the sensors can be produced at an incredibly low cost.

Being able to continually monitor ammonia levels opens the door to a whole host of practical applications. Imagine industrial settings in which ammonia is routinely used in production processes. Continually monitoring air quality would provide early warning of even slightly elevated levels of ammonia.

The most fascinating aspect of all of this is that light-based sensors are nothing new. We live in a world of sensors. And yet, we have barely scratched the surface in coming up with useful ways to deploy them. Today, it is laser light to monitor air quality on farms. Tomorrow’s sensors could measure just about anything. The possibilities for deploying new and innovative sensors are truly endless. 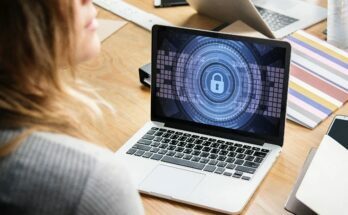 The Top 5 Tips for Improving Your SEO Rankings 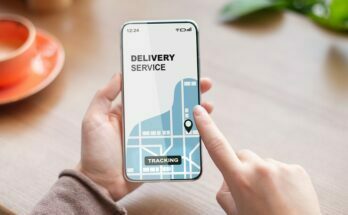 Things To Know When Shopping For A Service Tracking App